The newest offerings of the Kapamilya Channel was teased on ASAP Natin ‘To last December with trailers from upcoming series and projects of ABS-CBN this 2021. ‘Huwag Kang Mangamba’ is one of them, a teleserye that will be top billed by The Gold Squad’s Andrea Brillantes, Seth Fedelin, Francine Diaz and Kyle Echarri with known veteran actors and actresses in the country. 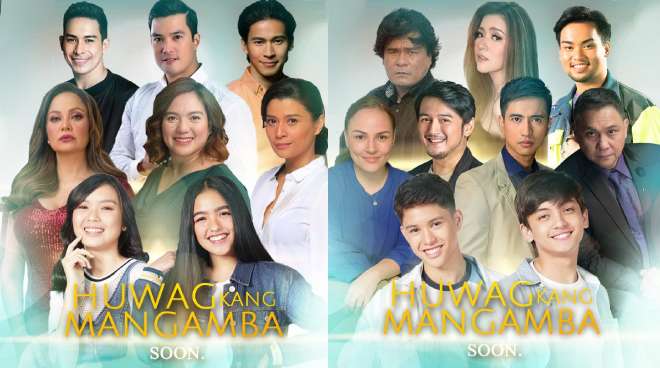 The television series is directed by prized directors, Jerry Lopez Sineneng (Mara Clara, La Luna Sangre, Walang Hanggan), Darnel Joy Villaflor (On the Wings of Love, Asintado) and Emmanuel “Manny” Palo (The General’s Daughter, The Good Son). In general, we should expect a drama and love-themed storyline and as shown in the trailer, it has the ‘May Bukas Pa’ type of story.

It is indeed, a powerhouse teleserye that would be WORTH THE WAIT. So stay tuned on A2Z, Kapamilya Channel and iWanTFC to watch the teleserye SOON!

The brightest stars of today are taking center stage in the U.S. One of the artists joining the event, Andrea...

Taking a break is not on her vocabulary, that’s why she’s back with another acting project. In a photo she...

Keep your eyes on the road if you're driving this week through EDSA and Marcos Highway because the newest billboards...

In a new behind-the-scenes video posted by MEGA Magazine on Tiktok, Andrea is nailing one of the mirror trend. Watch...

The tigress officially came to roar and slay the barricades that comes in her way. She is Andrea Brillantes.